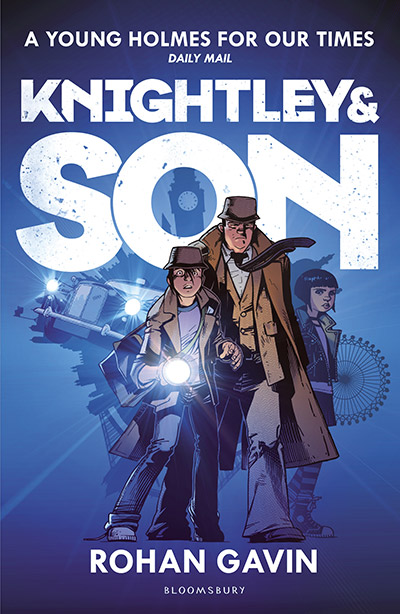 Darkus Knightley is a perfectly ordinary thirteen-year-old, apart from his name, his brainpower, his fondness for tweed, and the top secret files hidden in his bedroom. His father Alan was London's top private investigator, specialising in crimes too strange for Scotland Yard to handle, but the unexplained finally caught up with him and he's been in a coma for the past four years. During that time, Darkus has read his dad's case studies and picked up his knack for deductive reasoning. When a stranger from The Department of the Unexplained arrives with news that his father has woken up, Darkus and his dad are thrown together to solve a mystery involving a bestselling self help book whose readers are committing terrible crimes. Alan suspects it's the work of a shadowy crime organisation known as the Combination - which might even have supernatural connections. But Darkus is certain there's a rational explanation. Meanwhile, his rebellious stepsister Tilly believes the same organisation was responsible for her mother's death. When Alan's journals go missing, he's left with only his son's encyclopaedic knowledge of its contents - and reluctantly deduces that Darkus is now the perfect partner in solving crime. But will they overcome their father-son issues along the way? The game is afoot for Knightley & Son.

"A rousing page-turner with one fault: It ends"

"Dangers are faced in London in an engaging, characterful debut"

The Sunday Times, Pick Of The Week

The Boston Globe, Pick Of The Week

"For the young Sherlockian, crime aficionado, or action fan in anyone’s life"